Originally established in 1969 as the local museum of the district, this institution is located on the premises where there was a moated castle of the Earl of hallermunt and later the official official duke residence. Today’s cityhall and former district office, date back to the official building which included a large farm estate. The tenant of this domain resided in what is today the police station. After the closure of the large-scale farm in 1953 all farmworker houses well torn down with one exception. The buildings to the east of today’s cityhall parking lot fell prey to the new street, which ran through the domain’s yard. The pigsty east of the museum’s court disappeared as well. What was left was the granary which was made into the museum. The wing on the Burgstraße containing the entrance hall, office and the archives, was allegedly a horse stable before. Two museum sections are located in that former stable. 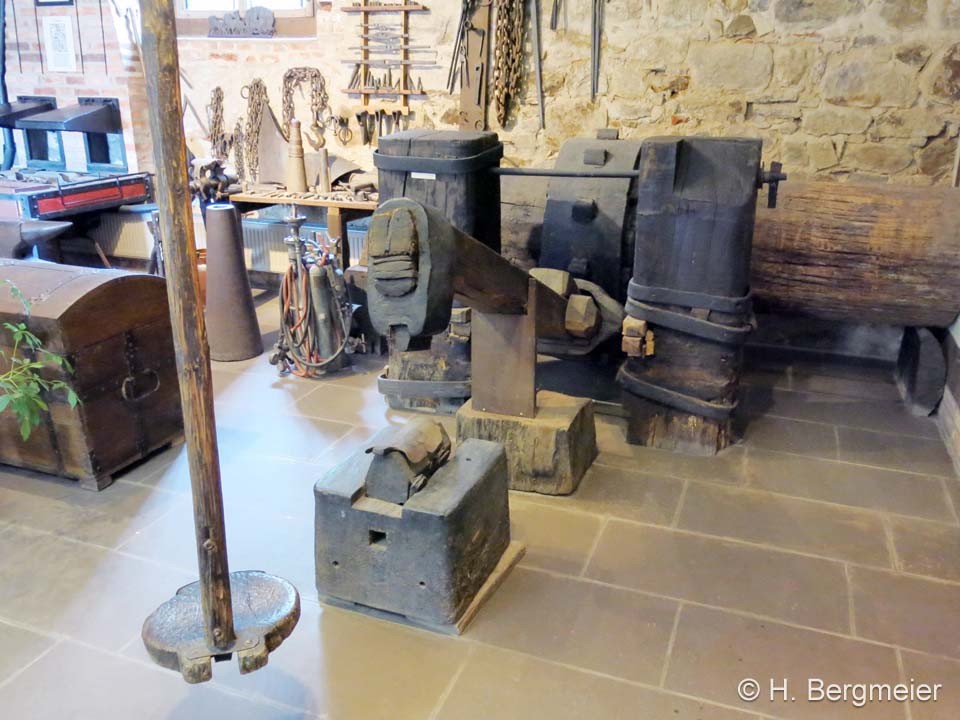 Since the foundation of the „Kreisheimatmuseum“ nowadays called „Museum auf dem Burghof“ the building has been repeatedly remodeled and modernized. Visitors can immerse themselves into the geological, prehistorical and early history of the region and also learn new facts about the historical development of the city of Springe and its former independent districts. A great number of exhibits illustrate the economy of the past time. A further section provides information about home culture and economics. Passing through the lecture hall called the „formal living room of the city“ you reach the large textile department, which shows textile methods and samples of fashion from the past.
On the ground floor of the stables you can see old agricultural equipment. On the upper floor you can find interesting aspects about forestery and forest managment. There is a big room in the main building which is used for alternating special exhibitions.
The museum which is run solely by volunteers is not restricted to collecting, archiving and presenting historical material, but has also done research projects. The history of the industry, the Jewish people and forced labourors are published in the „Hallermunter Schriften’“.