Lying in the middle of the town and, nevertheless, a little off the noise of the streets, the Saint Andreas Church with the churchyard offers a place to rest and contemplate. It has been built in 1454. Only the plinth of the tower which can be seen from afar presumably still comes from the predecessor's church. The mighty, high church roof is covered with plates of stone from the Solling. The modern extension of the sacristy in the east dates from 1956. Earlier the church door was on the west side of the tower. In 1862 two new entrances have been created in the course of a bigger building project on the south side and on the north side. An old, undated epitaph in the southern outer wall reminds of the fact that the churchyard was used during former centuries as cemetery. 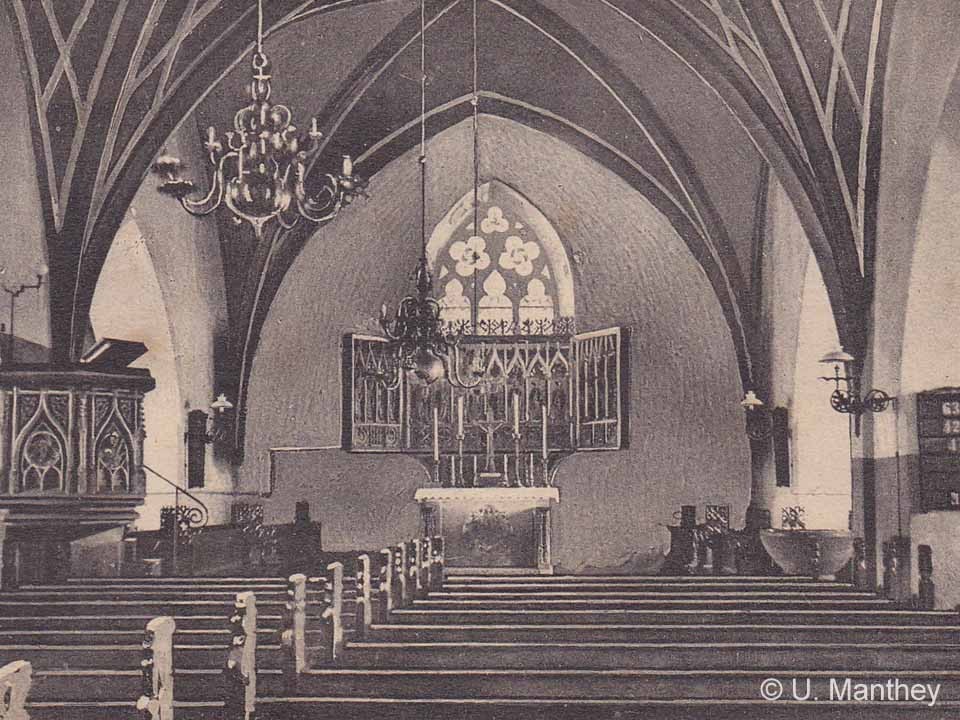